I'm not one to gamble, I have enjoyed myself at a few casinos but to be honest, it's usually at the dessert buffet where you find me enjoying myself. I go in with a spending limit in mind so there is no pressure to try and win. I haven't gone in about nine years, I also quit playing any lotteries long ago. There were some good ones for only a dollar so I felt it didn't hurt to try, I considered it part of my entertainment dollars. 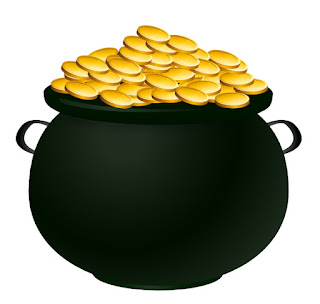 The odds of winning are staggering, you have a greater chance of enjoying a Grey's Anatomy episode than winning the lottery. I began to take note of these odds when the price of lottery tickets started to rise. I also noticed the odds, when I ran a group at work for five years. There were about thirty of us and the most we ever won was $40. All winnings went back into buying extra tickets and it never helped. Lottery tickets went from $1 to $2 and then to $5, that's crazy, I slammed the door shut regarding buying anymore tickets. I know politicians giggle and call lotteries a tax on stupid people, or a tax on the poor so they are not getting a penny more out of me. People at work try to get me to join their groups, one person said, "you never know what tomorrow will bring". I said, "yes I do, tomorrow you will be back here at work and I will still have my five dollars". 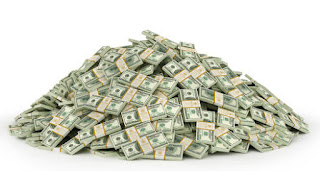 Never has my way of thinking become more clear to me as on the weekends. Each week when curling is finished, everyone gathers in the arena bar. We talk about missed shots, perfect shots, never reaching our Olympic dreams (lol) and compare stats. During this time they hold a 50/50 draw to raise funds for the arena upkeep. I always buy tickets, they are $5 but I get an afternoon out and so it's only fair to support the building needs. This is my second year and I have never won which is not unusual; however I sometimes feel that the lottery gods are taunting me! 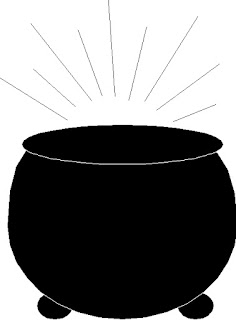 Last year for example, one week Margaret won the draw, then the next week she won again to everyone's laughter, the following week as they announced the winning number, we heard Margaret say.. "Oh no". All everyone could do was laugh, Margaret was embarrassed and called for another ticket to be pulled. However we all agreed that the way the numbers are picked, are completely transparent and she won fair and square, so she deserved the money. The following week when the numbers were pulled, nobody seemed to have the winning ticket, we all looked at Margaret who then nervously checked her ticket, with a huge sigh of relief she said it wasn't her and everyone burst out laughing. When it quieted down, from the end of the tables we heard, "it's me, I have the winning ticket". We all starred in disbelief as Mike... Margaret's husband held up the winning ticket!

The odds of that happening are unbelievable and yet it happened. There are only around thirty people each week that play, so I should have a shot at winning but I never will, I'm not lucky, nobody in my family ever wins something like this. The Margaret story is not the only oddity, each week last year and this year the freak show continues. One week a woman will win, the following week her adult daughter will win, followed by either a husband winning or son in-law. Many people will win twice in a row. Last week and this week, they had guest players, people that are trying curling for the first time, to see if they would like to join. Both the person last week and the person this week on their first day playing won. Each person gets three tickets for $5, some people buy $10 worth and still don't win. It shows me that it's all a matter of bizarre luck, mostly however it shows me that if I can't win out of thirty people, what chance of winning out of 30 million  people do I have!

Join the club. We have the state lottery, Texas Two-Step, and the Powerball lottery and still, we can't seem to win and we have been playing for what seems like a hundred years. Well, I think it's been that long. Thank goodness the tickets are still $1 each and $2 for Powerball.

Is this supposed to be some tortured metaphor for your dating life?

LOL...I was expecting a hot date with some new 10" daddy!

I agree with you about gambling at casinos and such. It's just like throwing your money out on the street. Neither My Rare One nor I are casino goers. However, My Rare One insists that we must buy ONE LottoMax ticket each week because "you can't win if you don't have a ticket." Splitting the cost of one tickets means it's only $2.50 for each of us every week, or $10 a month, or $120 a year -- yikes! What was that again about a tax on the stupid?

spouse and I have been to casinos when on vacation. we each gamble $20 on the slot machines; once that is gone, we leave.

we are not big gamblers, we like to keep the money we earn.

I agree with you. You have to go into gambling as entertainment dollars. I had a business meeting in Las Vegas last year and plunked a couple dollars in some slot machines. Nothing came if it, hence I’m still working.

I do play the state lottery and the two multi-state games down here. But never more than I can afford. Fortunately I don’t have an addictive personality. Like Debra said, you can’t win if you don’t play. And I’ll keep you and Sixpence in mind when I win the big one. 😉

Not a. Vice I understand
I just don't get it

I don't gamble or visit casinos. I will buy a Powerball ticket is the jackpot is over $500M.

Gambling is a waste of time and money. If I’m ever in a casino, my limit is ten bucks playing penny slots.
Lottery, even less. Nope. Not even those scratch off.
I spit my orange Joyce with the Grey’s Anatomy diss. Priceless 😄🤣

Leanna, I don't have a problem with $1 or even $2 but $5 is crazy so I just don't bother. I'm always unlucky anyway so I don't bother.

Lurker, ouch! I guess I have the same amount of luck with dating, what is that phrase Debra says to you, oh yes, "you snarky old bastard"!

Jimmy, are you projecting something here? Umm, ten? No that's not happening, I'm realist!

Debra, a fool and her money are soon parted, unless you win then of course I had faith in you all along!!!

HuntleyBiGuy, you are my favorite comments person here... :D

John, I don't bother with much of it, a total waste unless I'm trying to help someone raise money.

Richard.. wow $500 million! Have I told you lately what an awesome person you are in my life?

Sixpence, well thank you dear, at least someone appreciates my humor in this joint!

I take great offense at your criticisms of Gray's Anatomy.

It occurred to me later that when you purchase a lottery ticket, you really aren't purchasing a chance to win. You are actually purchasing $5 worth of hope. In that sense this tax on the poor might not be so irrational after all. The system is rigged: if you are poor, it's not as if you are going to get rich by working hard and being a good person.

Lurky, yes for the person buying the ticket it's a feeling of hope, for the devious people in government who run these things, they come up with ways to take advantage of poor people's hope.
The odd thing is how often I hear that the winning already has a good career and life savings. Instead of seeing life before they eventually die, they always say, "oh no I love my job, I'm just going to work more"! The other problem is, unfortunately many poor people are poor because they can't handle money, studies show that when these people win big, they are usually broke again in a few years.