I hope the evangelicals were up all night running around a field speaking in tongues and lightning candles over the decision. I assume this decision will be the new sign of the coming apocalypse.

People often gripe about the younger generations, I personally hate that. If there is something wrong with younger people... then seriously who's fault is that? I think it's a case of youth jealousy, many of the people I hear complaining now.. let me tell you were definitely little jerks when they were young.

Sometimes it's really awesome to hear the pure thoughts that come from children. I don't mean little kids, I mean from ten years and up. The reason I say this is because of the reaction some parents viewed while explaining the LGBTQ court ruling to their children here in Canada. Basically the children were shocked that in the year 2020, LGBTQ people didn't have rights in the U.S. "What do you mean they could be fired for being gay"? "They're not allowed to say they're gay?" "Why don't they have rights"? "They were allowed to be discriminated against"? "Their leader is against them"? "Why aren't they treated like other people"? "That's just wrong"! The little darlings, almost makes me regret trying to bring in leash laws regarding children under fourteen.

It will be amazing when these kids are adults, to them the decision was a "no brainer". Especially here in Canada within the larger city schools. Parents are proud of their children for having a more open mind than they do. I remember guys at work happily talking about their children's conversations. "Remember that girl in my class Taylor, tall girl, reddish hair, she used to be Mike before grade nine" or a son says to his father, "no dad I'm not dating Julie, I'm dating Sarah, Tom is dating Julie and Brian is dating that guy Nick". The dads were amazed by how seamless that was for their children. 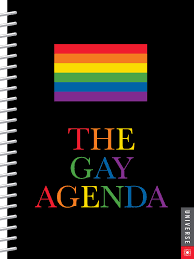 Every step forward is a step in the right direction and little steps add up over time. Remember to keep pushing that gay agenda to the point where evangelical Christians feel comfortable enough with gay people that they start having gay sex in their bedrooms and not in public toilets like they do now! 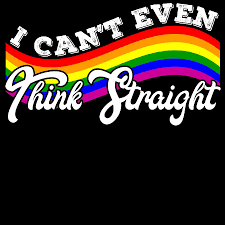 Hey... well Maddie is going away for a little while so someone has to be the smarty pants around here!
Posted by Sooo-this-is-me at 7:41 AM

I'm pleased to see how many young people have tolerant and flexible attitudes these days too. However, there's still lots who are homophobic bullies so the Promised Land is not quite here yet.

Rodgers (or was it Hammerstein?) wrote you have to be carefully taught to hate who you relatives hate - touching on the notion kids know truth they have to be instructed otherwise.

Hate is learned. Same as bigotry and racism.
Kids nowadays are mostly all right. The easy access to information online and the easiness of finding their 'tribe' allows for more critical thinking. Unless they're raised by fundies, because then the brainwashing is certain.
It's good when you do thought pieces, Steven.
Now, I need you to also do fluff, like reviewing the RuPaul's Drag Race Canada, for example....

today's young people will grow up more tolerant of others.

And you did it so well filling in for Maddie! I think Young People who haven't allowed Older Generations to be toxic and infect them with generational biases are very accepting and progressive in Positive ways that will benefit Society. Most biases after all are learned and not a natural response.

I read a story in the local paper about the activists in our (very white) area that have been organizing the BLM protests. They’re high school and college kids. Yep, we have a generation coming up who have strong opinions and are ready to act on them.