Keep Your Filthy Paws Off!


Today I'm going to write about some things in anger that I have noticed over my time out as a gay man. Especially during this last relationship I felt almost under attack. First I would just like to say to a large portion of the gay male community.. that the next time I'm dating someone.. KEEP YOUR DIRTY FILTHY PAWS OFF MY MAN! I actually had to clean that sentence up, I really wanted to use other words!

I first really started to notice a problem with gay culture and attitudes back when I was dating Dan. There is this desire for another man's boyfriend or husband, there is also this attitude that if you can turn his head, then he is fair game. What the HELL? I used to get angry when Dan and I went out to a function with other gay people. Actually it was usually me that got hit on, sometimes even while holding Dan's hand or cuddled up watching something. He thought it was funny, I think he took it as a compliment that other guys found me attractive. I felt differently, I felt it was an insult to Dan, I felt they were saying, "I'm such a gift to the world, I can steal your boyfriend away". Also because I loved Dan so much at the time, he was a prince to me while that type of guy who would do that, made me view him as a shallow STD infected Petri dish.

Sometimes the opposite would happen, Dan was this tall ruggedly handsome man that rode motorcycles, did home renovations, liked leather jackets and was very outgoing. The masculine gays heard the dinner bell ringing, they felt I shouldn't have Dan, this preppy dressing office boy type who drives an economic Ford Focus. I often felt under threat and that's not a good feeling. We both were annoyed by the same experience because it only started happening regularly after we were in a relationship. Even now when I think back to my very first boyfriend, there were guys trying to move in on us but I was too naive to see it.

This last relationship with Mr X really took the cake however. Mr X had been single for over a year, he has a large network of gay and gay positive friends. He was constantly saying that he was ready to date. Nobody stepped up to ask him out, nobody said that "they have a friend he should meet"... nothing.. there was silence, then we started dating... look out. Mr X started telling friends that he was dating someone. I guess everyone suddenly thought, oh I should have acted sooner, I want to date Mr X.

The first assault on our relationship came when covid closed the bridges and I couldn't see Mr X, his best friend for years (who is a catch) came over one day and crying told Mr X that he has fallen in love with him, that they were the perfect couple instead of him and I. That night Mr X assured me not to worry but when I hung up the phone, the stress made my eyes tear up. There is nothing more dangerous than a "best friend" in love with your guy. The reason is they think if he can't have him, then nobody should. They start to say little negative comments when you are not around. Sure your boyfriend will defend you but the "friend" has planted the seeds. This happened with Dan as well. The next assaults on our relationship came from two other friends of his, they kept saying the right words that people like to hear. Add in our separation plus the fact that our relationship was new and eventually it wasn't me Mr X started listening to.

It doesn't matter whether we would have eventually broke up, it makes no difference if we were a match or not, the thing is this attitude of, "I want that guy, so I'm going to take him". Also this attitude of, "oh someone is dating John, Mark or Tom, obviously he is desirable so I should date him". Mostly however amongst a lot of gay men, there is just this absolute horrible stinking filthy attitude of, "he's already dating/married.. so what"? What the hell is that about? Why should anyone take our relationships serious when obviously many of us don't.

It seems to be a gay male thing mostly, my straight friends have told me there is something similar with young married fathers, some women are really attracted to a young dad and will hit on them even with his wife nearby. However it just seems so common with gay men. You would think now that Mr X and I are older it wouldn't have been such a problem; however I feel it was worse this time around than when I was dating Dan.

I can tell you if I ever get the chance of dating a nice guy again, I am certainly not going to be so laidback this time. I won't act possessive, that can turn a guy off but I will certainly show my dark side to anyone that starts that flirtatious gay crap! 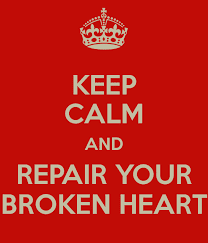 I'm just gonna say this, while it's sad that people might hit on your man, they can't steal; him away unless he wants to go.

John yes very angry at everything.

I know you are right.

Bob, I completely agree with what you are saying, my point is this attitude that I have found really gets under my skin.

You will certainly date again - I insist on it. May it go better then.

There is some truth to what Bob said. There’s also a lot to be said for the feelings of flattery. The one being hit upon must feel the commitment to the other person. Being the other person in the relationship you have to tread lightly. It’s a tough situation to be in.

Dr Spo, I certainly hope so.

HuntleyBiGuy, I'm not making excuses but there are guys that will stray and guys that probably would never stray if someone didn't keep tempting them. They have a responsibility as well.

I will try to but a good heart is hard to find.