It's three in the morning and I can't sleep. I was feeling sleepy and went to check for emails, of course that's always a big mistake as I will often start playing on the internet. Yesterday had been two weeks since Mr X said he didn't want to date anymore. I try to brush it off, move on but the truth is that I find it hard. He was very romantic with me in the beginning and that created a strong bond to him. Plus it had been so long since I felt those feelings, to lose them was heartbreaking. I know at the time, he said that he was having a hard time during lockdown with the isolation, not just from me but from all his friends as well. I felt that probably had something to do with our outcome.

I had stopped checking his social media sites, there hadn't been any activity since we broke up. I have been wondering how he is doing. Seeing that he has become so quiet I finally felt that maybe he was actually moved by our breakup or he just really wanted a quiet summer and I could accept that.

Today I checked one last time and nothing had changed, he hasn't posted anything since we broke up. I guess I was hoping to read something like, "I made a mistake in letting my boyfriend go and need to win him back"! However there was nothing, there will be no phone call no matter how often I stare at the phone. I know covid separating us was a big factor no matter how many times he said it was okay. I thought maybe I would check, delete my pictures of him and say a final goodbye. Still I felt something was odd, one minute I was so important to him and suddenly he had no interest in me or anything I did.

I was playing around on one of his sites and started reading gay jokes on another page belonging to a friend of his. I came across one post where his friend was excited about his new boyfriend, he joked about the guy being the hottest guy on earth and everyone replied how happy they were for him. Then Mr X replied, "awww you're pretty hot yourself... going to bed now, talk in the morning". What??? What was that??? I felt like I had just been slapped! I started reading comments on other posts of this friend... the guy's new boyfriend is Mr X!!!

YOU RAT BASTARD!!! There is just so much wrong with this my head felt like it was going to blow! 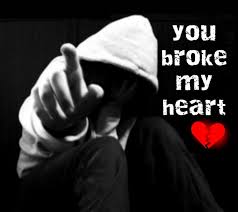 When I checked the dates of comments, they are confessing their love for each other a day after we broke up! There is no way that we broke up and they suddenly realized that they liked each other the next day. Obviously they were calling each other before these posts. I don't get it, this guy lives further away than me. All the while that Mr X was on the phone reassuring me that we were "good", he was also working on a relationship with this guy. Who by the way is another long time friend of his that didn't seem to want him until I started dating him. It was also hard to read that he is coming to spend two weeks at Mr X's summer place, the same place I wasn't allowed to go because of covid restrictions he said.

I can't help think that we called and text constantly to stay in touch, sometimes he would say that he's really busy with work, so I would call him later. He certainly found the time to work on getting a second boyfriend. Not being into me I could accept, having my replacement ready is hurtful beyond hurtful. Maybe if he put that much effort into "us" it would be different. Although I guess I don't want a boyfriend like "him", I want a boyfriend like the way I thought he was. Also how hurtful to let me think I wasn't good enough for him when in reality he had found someone else.

I can't believe he did this, he has ruined the entire memory of "us". My stomach feels sick, I can't sleep, he broke my heart a second time in the worst way. 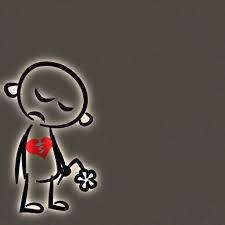 Mr.X is a dick.
There's no way around it. Sorry you had to go through this, but I suspect Lurkie is gonna come and tell you that it was better this way. Closure, you know? It was definitely not you, it was HIM all along. You went in being truthful and sincere. He did not.
Maybe this was needed so you would not pine for something that may have not worked as well as planned? I have no idea. But I think it's better that you found he's a dick before you invested time and affection on a man who does not deserve you.

What a fucking troglodyte. I’m so sorry all of this is resurfacing for you. That rat bastard is a total low life.

I know the wounds are open again, but like Sixpence said, maybe this was needed to bring closure. Fuck him and the horse he toad in on. Hugs 🤗.

At least you know sooner rather than later

So sorry Steven. John is right. At least you know now that he is a jerk. It doesn't make it any easier though. Take care....

He's a jerk.
Lose his name. Lose his social media sites.
End it on your side.

Don't be a stalker. Your attitude should be "Next!"

I agree with the other comments. Time to move on. Get an even hotter boyfriend and put pics on social media so he can see them.

This should give you a reason to stop looking at social media. You need to let him go. I know it is easier said than done. I know I do not listen to my own advice but if you put everything into the relationship and it wasn't enough for him, it never will be and you should not want him back. That statement, no matter how hard it is to hear, I actually believe.

Of course it hurts you all over again but I am glad you now know for sure who he really is. You don't want or need him. Don't allow yourself to check on him any more. Good advice from all the other comments. Sending good wishes your way.

Steven, my love, Mr X is going to end up alone and lonely. Don't waste your time chewing over the recent past. As hard as it may be, shake the dust off your feet, wash your face, flush the piece of excrement down the metaphorical toilet, plant your flowers and take solace in your true, loving friends. Personally, I still think the jury's out on this prick's serial killer status. Don't let this leave calluses on your heart. You be you no matter what. Someone who knows your worth will find you and treasure you.
Hugs, sweetie. I'm slithering away from the blogosphere for a good long time. I'm finding I need to get away from the sadness and recharge my batteries. Take care, sunshine.

Hugs to you, Steven. All you can do is chalk it up to experience and move on. You behaved with integrity while dating Mr X and that's what matters. You'll find someone new and better and in time, you won't even remember Mr X's name.

Sixpence, yes you are right, I know that it's better to find out now, I get that. I'm just really hurt. Yes definitely closure.

HuntleyBiGuy, yes to all, thank you for your support.

John yes I know that but it really stings right now.

Michael, definitely not easier, more like "what just happened"?

Bob, for sure now.

Rj, yes I will move on but first I need to be angry.

Bathwater, I think this betrayal is going to make things a lot easier.

JanF, yes time to move on.

Debra, yes I agree, I know what I need to do. I was actually shutting down the pining mode but this pressed the reset button.