The sun will shine again.


I will admit that the days were wearing me down. I was in the unfortunate situation of basically being a fugitive since the farm is technically not my main resistance. Therefore I was not allowed to leave my yard, I could have received a thousand dollar fine or worse, have been expelled from the farm. The government in this province was really over reaching. My food supplies were the lowest they have ever been, I'm hungry all the time, I think of food all the time, I think because I can't just go and get what I need any longer and it has affected my thinking, my nerves were being rubbed raw.

Also because I was separated from my boyfriend, how cruel that has been for me. I have been lonely as heck, after nine years I finally found someone to hold me, hug me and snuggle with. People need the loving touch of another person, to finally get that and suddenly have it cut off was almost devastating to be honest. I couldn't see an end to this, I started to feel hopeless, every day felt like a cloudy rainy day. 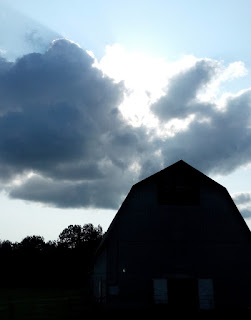 However the sun eventually comes out, hope steps back into view. It was just announced that the restrictions will be lifted on Monday, the barricades will come down, the roads will open up again. People are still expected to social distance, many stores will remain closed, it's not a free for all, it's just a relaxing of the police state rules, we can feel like citizens again and not like criminals, especially since almost everyone was obeying the rules required of them.

I can buy food again, I never dreamed the day would come in Canada where I was prevented from buying food. However food wasn't the first thing on my mind, my eyes went a little misty as I called Mr X... to tell him the news that I'm going to get to see him again soon. I could really use a hug about now.

JFC, we are restricted but not THAT restricted! our gov says june 4 is the end, so we wait. I can still go to the grocery store, and have food delivered from local restaurants.

seeing mister x again will do you a world of good, steven.

Meanwhile it is a gloriously warm and sunny day here. I just got back from the ancestral home.

I had no idea the restrictions were that tough up there. I’m glad you were able to hold out and that soon you will be back with Mr. X. That is really the big news here. And I’m glad your new day is on the horizon.

Slowly our restaurants are opening in Smallville, albeit with just 50% capacity so that social distancing is maintained. We are headed to the Framer's Market tomorrow and one of our fave breakfast spots, the town bakery and then groceries; it's ALMOST normal.

And it will get MORE normal, it may just take time and effort.

Holy cow. You haven't been able to get food? This explains the cookies.

I doubt this is the end of the lockdowns, so I hope you are able to stock up again (and maybe get your residence papers changed). I'm sorry you have been having such a rough time.

Such great news for you!

Enjoy your new freedoms but still be careful!

Anne Marie, it depends on where you live, my sister didn't have those restrictions.

Maddie I think you need to get laid! If I wasn't in a relationship I could see myself getting used to this.

HuntleyBiGuy, they were insane in some areas, ironically it didn't always help stop the spread. Common sense prevails.

Yes things are starting to open up. The truth is the virus will come back, they just have to monitor it better.

Lurker, I'm almost sure we will lockdown again, I'm going into storage mode and will hoard food like a zombie apocalypse is coming (maybe that's next). Wait.. where have.. meh never mind, this is a time to put your social distancing skills to good use Lurky. Hahaha!

Richard, yes a lot of stress has been lifted.

Jimmy, I think I say that to everyone these days!

Debra, yes I am not going to do that much different to be honest, it's just nice to no longer feel like a criminal in hiding.

I'm surprised you didn't post a clip of "Ode to Joy." Have fun on Monday and remember, now that you the gates are going to open the wait will be eternal.

It sounds like things have turned a corner; you've survived ! good for you!

Dave, I have a lot to do, I sort of, kind of, may of... gave up on everything and let a lot of stuff slide.

Dr Spo, this is only round one, time to prepare for the next assault.